SEO Ranking Factors and Conceptual Importance of these Factors

I pulled this slide out of my link building webinar because I thought (hopefully) that it does a good job explaining a bit about ranking factors. The key is that while there are a ton of ranking factors (~300+, in fact) and we do know generally what they are, we do not always know their relative importance.
The diagram below shows the ranking factors on top (I picked some at random — this is not designed to be authoritative), and on the bottom shows how some factors can have more weight than others.
A great example is SSL, we know it’s coming as a ranking factor, but as of this moment it’s not “up there” with ranking factors such as responsive design and page speed.  So for now it’s a small rectangle, but in the future it will probably be a larger one.  And then after that, once “everyone” has SSL, then it might fade back as a “standard” feature that doesn’t have as much weight anymore.
As for the current scoop on SSL, at this point, the general consensus is that it’s great to have, but not to go too much out of your way to implement it*.  *If you are collecting PHI (DOB, SSN, etc) make SURE you have an SSL certificate in place and that you are HIPAA compliant (a discussion for another day) 🙂 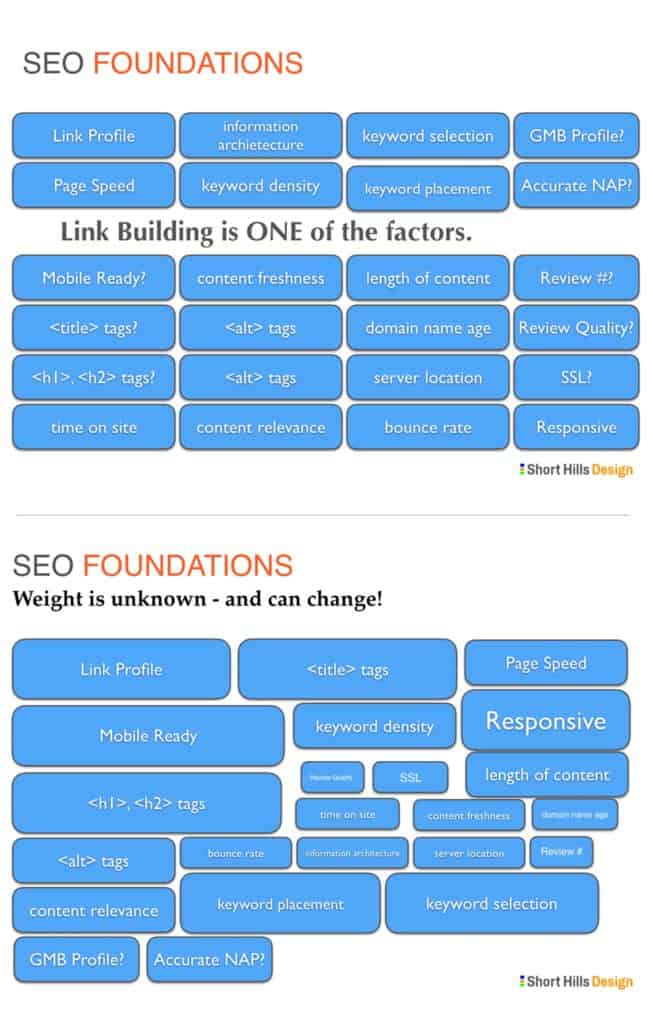 Interested in staying up to date with the world of Healthcare Internet Marketing? Join 325+ colleagues in the discussion and improve or share your expertise!

Interested in staying up to date with the world of Healthcare Internet Marketing? Join 325+ colleagues in the discussion and improve or share your expertise!